Summer Bank Holiday is observed as a way to mark the end of the summer holidays as people prepare to get to work or school in the Autumn. Summer bank holiday is celebrated in England, Wales and Northern Ireland. Scotland marks the day on a different date.

When is Summer Bank holiday

Summer Bank Holiday is a bank holiday in the UK and therefore a day off to the public. The holiday was introduced in the Bank Holidays Act in 1871 and that was the first year when the holiday was observed. Initially, the intention was to give the bank staff a day off to attend cricket matches. In 1971, a hundred years later, the Bank and Financial Dealings Act moved the holiday to the last Monday in August.

What is open or closed on Summer Bank Holiday?

Being a bank holiday, many businesses, organisations and schools are closed. Some stores may be open or closed but that is determined by the local customs. The public transport systems often run to a holiday timetable but there could be a lot of congestion on roads considering that this holiday marks the end of a three-day long weekend.

Things to do on Summer Bank Holiday?

Summer Bank Holiday falls on a three-day long weekend and therefore many people take trips and short vacations during the period. To others, it is a chance to relax at home, work on their gardens or carry out home maintenance. A few others opt to go out shopping and take advantage of the Summer Bank Holiday sales in various stores.

Depending on the weather, you may head to the local park, natural reserves, and other tourist attractions. If you wish to experience some beach atmosphere, visit British beaches as they won’t be warm for a long time. You can try Weymouth Beach, Woolacombe, Rhossili, and Fistral Beach in Newquay.

You may plan on attending the famous Notting Hill Carnival in London. The street festival is famous for its exuberant customs and music played by steel drum bands. The festival started in 1965 as a protest against racism and poor working conditions for the Caribbean immigrants to the United Kingdom. Today, the festival is multicultural and attracts millions of people across the world.

There are many other festivals across the country you can attend and have some fun experiencing live music. The Edinburgh International Festival which offers music, dance and dramatic performances from across the world is one you don’t want to miss. Others include, Liverpool International Music Festival, Manchester Pride and Leeds and Reading Festival. 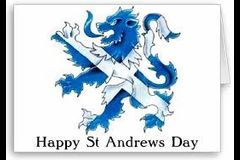 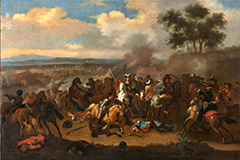 Battle of the Boyne Holi 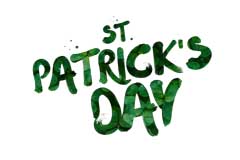