The Chinese New Year is a Chinese festival that celebrates the beginning of the new year on the traditional Chinese calendar. This festival is commonly known as the Spring Festival in mainland China. The first day of the Lantern Festival held on the 15th day of the year, is traditionally celebrated from the evening. The first day of the Chinese New Year starts on the new moon and, based on the Chinese Lunar Calendar, usually appears between 21 January and 20 February.

Is the Chinese new year is a federal holiday?

How do people celebrate the Chinese new year?

Some organizations may organize exclusive contests or announce to coincide with the Chinese New Year. For instance, On the occasion of Chinese New Year, some newspapers or magazines may publish the best 10 Chinese restaurants in a city or town. It is common for many Chinese-American families to spend time together and exchange gifts, including money covered in red and gold packages that usually given to children.

The Chinese New Year connected to many myths and customs. This festival is traditionally a time to honor the gods as well as ancestors. It is also traditional for every family to clean their house thoroughly, remove any misfortune, and make way for good luck to come. Another tradition is decorating the doors and windows with red paper-cut and couplets. Popular themes for these couplets and paper-cuts are good luck or happiness, wealth, and longevity. Dumplings are prominently featured in the food to celebrate the festival. It usually serves as the first meal of the year, either at night or in the morning as a breakfast on the first day. 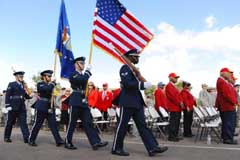 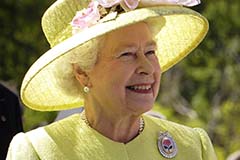