Many Jewish Americans commemorate Rosh Hashanah, which is recognized as the Jewish New Year. It originates on the first day of Tishrei, which is the seventh month in the Jewish calendar and can last up to two days. It is sometimes called the Day of Blowing the Shofar or the Day of Remembrance.

Rosh Hashanah is considered a momentous and solemn occasion. In Jewish thought, it is the time when all the people, whether Jewish and non-Jewish, are judged for their activities over the previous year, and their reward or punishment designated.

It reminds of the creation of the world and marks the beginning of the days of Awe, a 10-day period of meditation and sorrow that culminates in the Yom Kippur holiday, also known as the Day of Atonement. Some sources say that there were four new years, corresponding to the seasons in the Jewish calendar, one of the new years is Rosh Hashana.

Is Rosh Hashana a Public Holiday in the US?

Rosh Hashana is not a public holiday in the United States. But, it can be taken as an optional holiday for state government employees in Texas. In Florida, a chief judge of any judicial circuit can choose this day as a juridical holiday for court employees or workers inside the state's judicial circuit. Several Jewish organizations or businesses may remain closed or have limited opening hours on Rosh Hashana.

How do People celebrate Rosh Hashanah?

Rosh Hashanah is a moment of family gatherings, special meals, and sweet foods. Many Jewish people commemorate Rosh Hashana by eating challah bread and apples dipped in honey. In the United States, many Jewish people seek mercy from friends and family before this event.

Some Jewish people do tashlikh. It is the custom of performing prayers near a naturally flowing water, such as stream or river, and symbolically throwing away one's sins as bread or other food. Many Jewish people perform tashlikh from areas such as the Manhattan and Brooklyn bridges in New York. Some people may do it in a fish pond or mikveh if there is no river or stream in a particular place. The view of the Jewish people that taking days off from a job or arranging time during this time of year is to follow the belief that no work is allowed on Rosh Hashanah. Part of the day is spent in the synagogue, where the daily liturgy is regularly expanded. The story of Abraham narrated in the synagogues, and the Shofar serves as a reminder that God allowed Abraham to sacrifice Ram instead of Abraham's son, Isaac. The Shofar is blown like a trumpet during this year's time. 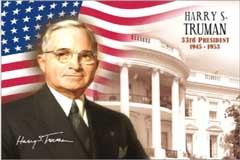